Food lovers, these are the 7 most deadly and banned foods in the world! -->

Food lovers, these are the 7 most deadly and banned foods in the world! 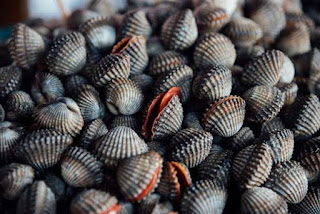 Some types of food are called lethal because they contain dangerous substances. This substance appears when a person cannot process the food properly. MSN (4/3) summarizes the full information as follows.


Traditional Jamaican dishes combine boiled akee fruit with salted cod. There are also other supplements such as sauteed onions, tomatoes, and scotch bonnet chili. Although there is no strange material at a glance, the consumption of this dish should be watched out because of the presence of akee fruit.

This typical Jamaican fruit if used in a raw state, can be deadly when consumed. This soft fruit with a hollow texture contains toxic hypoglycine alkaloids that can cause convulsions, vomiting, coma, and even death. Even so, the consumption of commonly imported canned akee fruit is fairly safe.

Frogs are eaten in several countries. In Namibia, the people like the bullfrog frog, which is a large size frog with a distinctive roar. These frog preparations are fairly safe, but there are specific criteria for frog consumption not to trigger health problems.

The frog chosen is not young or premature because this frog contains dangerous poisons. If consumed, it can trigger kidney failure. Bullfrog frogs are usually processed by roasting in Namibia.

Blood clams or shellfish are common meals in Indonesia and many other Asian countries. This seashell called Latin Tegillarca granosa contains liquid blood hemoglobin in its soft tissue.

Blood clams are usually processed by boiling. It's just that in Shanghai, the consumption of these types of shellfish is under the spotlight because the process of boiling the shells for a while turns out to leave some deadly viruses and bacteria. Some of them are hepatitis, dysentery, and typhoid.


Cassava consumption in Indonesia is very plural, but this carbohydrate source also includes lethal food if preparing it is not right. Cassava should not be consumed raw because it contains cyanogenic glucoside.

The compound can trigger the deadly release of hydrogen cyanide. Therefore it is important to soak cassava before cooking it. In Gunungkidul, Yogyakarta, local residents are used to recognizing poisonous cassava. This dangerous cassava is characterized by very red stems and skin that is not white but also red.

Marzu Casu is a processed cheese made from sheep which is typical of the islands of Sardinia, Italy. This cheese steals attention because it also contains maggots! Therefore casu marzu is also often referred to as cheese maggot.

The presence of maggots in cheese is not deadly, but if ingested, maggots will last long in the intestine and are harmful to the digestive tract. As a result one can experience severe stomach pain to diarrhea when consuming casu marzu maggots.

Travel to Iceland, you can taste traditional dishes called hakarl, which are smoked sharks. How to make it, the shark meat is fermented and then dried for 4 to 5 months.

This process apparently produces uric acid and trimethylamine oxide which are harmful to health. If consumed, it can cause dangerous health effects just like after drinking lots of alcoholic beverages.

Larb is a popular dish in Laos and Thailand. It is a meat salad that can be chicken, beef, duck, fish or pork. This salad is also often served raw so it causes health problems.

I admit, I have not been on this web page in a long time... however it was another joy to see It is such an important topic and ignored by so many, even professionals. I thank you to help making people more aware of possible issues. Buy CBD Edibles Online

I wanted to thank you for this great read!! I definitely enjoying every little bit of it I have you bookmarked to check out new stuff you post. how much does sushi rice cost

Cool stuff you have got and you keep update all of us. chocolate recipe blog

I am aware of this type of food. But, I think, even if I had an opportunity to taste one of these meals, I wouldn't do it.

I have express a few of the articles on your website now, and I really like your style of blogging. I added it to my favorite’s blog site list and will be checking back soon… kosmos

Oh really??. I have never heard about that and just thought all of this is normal. To have you guys avoid it, I also wanna recommend you a source from https://familyhw.com/best-sushi-rice-brand/. In this store, you can have more source of healthy and nutrition food and some advices to treat people's health. I just give you a reference. Hope you enjoy. Thanks

Oh really??. I even have ne'er detected this and simply thought all of this is often traditional. to own you guys avoid it, I conjointly wanna suggest you a supply from here. during this store, you'll be able to have a lot of supply of healthy and nutrition food and a few advices to treat people's health. I simply offer you a reference. Hope you fancy. Thanks

For a lot of us, probably most of us, eating often has very little to do with hunger. We eat when we get bored, or for entertainment, or to comfort or reward ourselves. Make a conscious effort to be aware of why you are eating, and only eat when you are truly hungry.bees for sale nz

Your blogs further more each else volume is so entertaining further serviceable It appoints me befall retreat encore. I will instantly grab your rss feed to stay informed of any updates. news

It is a fantastic post – immense clear and easy to understand. I am also holding out for the sharks too that made me laugh. Corporate catering company Manchester

Interesting and amazing how your post is! It Is Useful and helpful for me That I like it very much, and I am looking forward to Hearing from your next.. top gas grills under 300

I’ll grade this blog as an A and it shows how much effort has been put into this.
what is organic ghee

Hello I am so delighted I located your blog, I really located you by mistake, while I was watching on google for something else, Anyways I am here now and could just like to say thank for a tremendous post and a all round entertaining website. Please do keep up the great work. 먹튀제보

If you look at olives, it is very similar-looking to the ovaries. Watermelon is a signature food for the brain. It is 93% water, metal detector for food which is in fact, similar to the brain's water level.

I’m going to read this. I’ll be sure to come back. thanks for sharing. and also This article gives the light in which we can observe the reality. this is very nice one and gives indepth information. thanks for this nice article... mycfavisit

I admire this article for the well-researched content and excellent wording. I got so involved in this material that I couldn’t stop reading. I am impressed with your work and skill. Thank you so much. Check it out

Listed here you'll learn it is important, them offers the link in an helpful webpage: Best Air Fryer for Family of 5

Are you attempting to discover more with regards to this site specifically? All that you really want to be aware of this gateway is here.