10 Richest Man in the World of All Time, this Muslim King Number One -->

10 Richest Man in the World of All Time, this Muslim King Number One

Who is the King of Mansa Musa?

Mansa Musa the Ruler of Mali in his day was a phenomenal figure. He has full control over gold production. The gold mined in Mali is the purest. The most targeted people at that time.

"Obviously, Mansa Musa and West Africa, as well as their gold resources, have very important significance," said Kathleen Bickford Berzock, curator of the exhibition at the Block Museum, as quoted from the Science website Live Science. 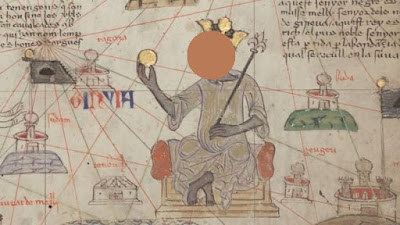 In the 17th year of his leadership, 1324, he traveled to Mecca. The trip made the world aware of Mali's wealth.

On his way to Cairo, Mansa Musa was accompanied by a caravan and escorted by 60,000 people, including a group of 12,000 slaves all wearing Persian brocade and silk attire.

The King himself rode a horse and was joined by 500 slaves - each carrying a gold stick.

Mansa Musa's generosity and piety, plus his charming appearance made him an impressive figure.
Historian al-'Umari, who visited Cairo 12 years after the arrival of Mansa Musa, found that residents of the city with a population of one million often worshiped the king of Mali.


According to the Encyclopaedia Britannica, under Mansa Musa, Timbuktu became an important trading city, with a fleet of caravans connecting to Egypt and other important trade centers in North Africa.

Unfortunately, after the death of Mansa Musa I in 1331, his heir could not defend the treasure. As a result, everything was spent to finance the war. The kingdom suffered a setback, almost no glory left.