Mother's Day is a moment that is often celebrated by Halayak. But father's day? recently celebrated recently. Father's day is thought to originate from the United States which originated from a woman named Sonora LouiseSmart in Washington. Reporting from BBC, this woman lost her mother when she gave birth to her sixth child who required her own father to take care of the family. Sonora heard the pastor's sermon about Mother's Day and yes thought there must be a Father's Day that must also be celebrated. 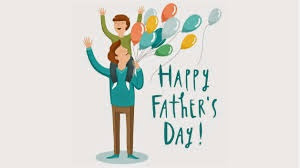 Then some priests agreed and 19 June 1909 became an unofficial father's day. In 1909 American actor and singer Ray Heatherton celebrated father's day. Then in 1966 US president Lyndon B. Johnson decided father's day fell on the third week in June. Six years later President Richard Nixon signed Father's Day as a law.

There are various ways to celebrate Father's Day. As in Thailand, celebrating father's day on December 5, which coincided on the birthday of the nation's great father, King Bhumibol Adulyadej. While in Mexico celebrate father's day by holding a race that includes children and his father.


In Germany different from other countries, fathers in Germany have groups or gangs of the same age. So they celebrate father's day with his friends. They are far away from their children because they often travel or hiking with their friends. In Nepal children give sweets as gifts. Or conversely, his father gave them a present. As for the deceased father or his parents, they make a grave pilgrimage or perform other sacred rituals in memory.

Similar to France, they celebrate father's day by giving his father flowers. If they have died, they put it on his father's grave.


Father's Day is a day to honor father. While in America, and more than 75 other countries, such as Canada, Germany, Italy, Japan, the Netherlands, Turkey, Pakistan, Malaysia, Singapore, Taiwan, the Philippines, and Hong Kong on Father's Day or Father's Day (in English) celebrated on Sunday in the third week of June, and celebrated almost all over the world which began in the early 12th century. Usually Father's Day is celebrated by giving gifts to fathers and family activities. In addition to all that, Father is the backbone, backrest, and protector in a household. In some European and Middle Eastern countries, International Men's Day (in English) is commemorated every November 19th.


In Indonesia alone Father's Day is celebrated on November 12. Father's Day was first declared in Solo in 2006, during the reign of Susilo Bambang Yudhoyono.