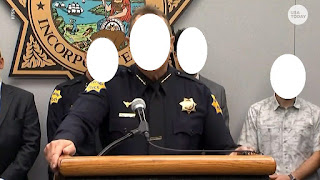 Law enforcement officials are attempting to prevent retaliation after an attack by at least two unidentified assailants in a residence populated by members of the Southeast Asian Hmong community, who have a large representation in the part of Fresno where the shooting occurred.

There have been no arrests and the gunmen remain on the loose, police said.


Fresno Police Chief Andrew Hall said there were 16 adult males in the backyard at the time the suspects entered through an unlocked gate carrying semiautomatic handguns and started spraying bullets, hitting 10 victims.


The wounded range in age from 28-36; two of them remain at a hospital in stable condition, Hall said.

Pao Yang, CEO of the Fresno Center, said two of the victims were well-known entertainers in the Hmong community.


Hall made it clear the aggression was premeditated, though it seems no specific individuals were picked out. The motive remains unknown.

“This was not a random act. It appears this incident was a targeted act of violence against this residence,'' Hall said. "We are investigating leads, and we do have information that possibly some people at this party were involved in a disturbance earlier this week.’’