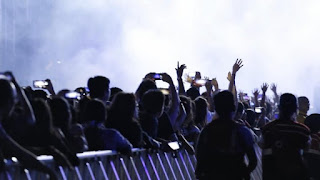 Luckily, the event which will be held on 13 to 22 March 2020 will still be held. The presence of several quarantined people in San Antonio which is about 90 minutes from the SXSW venue in Austin does not necessarily affect the music agenda.

"The SXSW 2020 event will go according to plan. Safety remains a priority. We are working with state authorities including government agencies throughout the year so that this event remains safe," SXSW wrote.


Even so, the organizer did not turn a blind eye to the impact on the event. They claimed there were a number of spectators who canceled the tickets related to flight restrictions in force in several countries.

SXSW is the oldest music festival and one of the largest in the world. Last year, the event was attended by more than 417 thousand spectators.


This year, there are several music groups from Indonesia who managed to get a gig there, namely the Reality Club and Grrrl Gang.