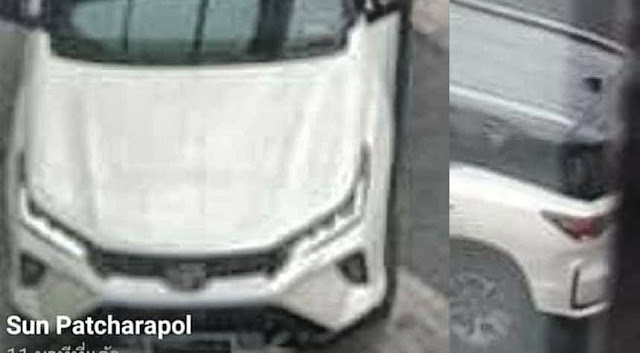 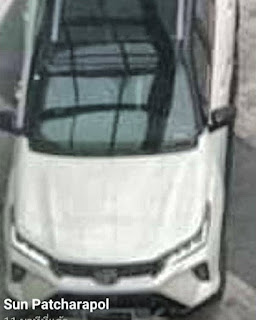 While on the right and left side there is a fog lamp with a black housing. The bumper area around the fog lights also seems to be made with a firm pull. While the grille looks smaller and the good news, minimal chrome. At first glance also seen that the area under the front bumper was given a silver skid plate accent. Still in the same photo, it can be seen that the Toyota Fortuner facelift uses a new hood, black mirrors, black roof, and also a silver roof rail. The second photo shows the figure of the Toyota Fortuner facelift from the rear side. Well, this section shows that this SUV uses new wheels. 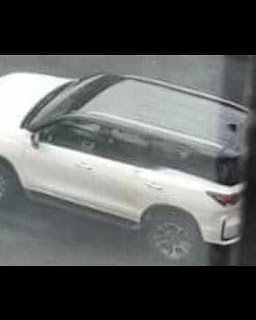 This wheel seems to use a 5 spoke dual bar with a dual tone twist. In addition, there is a black foot step on the side. The door handles are body-colored, and the taillights look redesigned, though unclear. The rear bumper of the Toyota Fortuner facelift is also new, and there are sharp lines drawn with black ornaments. In this section, it is also seen that the Toyota Fortuner facelift uses a shark fin antenna, and a black rear spoiler. In addition to the roof and mirrors, each pillar of this car is also whitewashed in black. Surely this change will be a breath of fresh air for Toyota Fortuner lovers.