Amazon.com Inc on Wednesday (9/3) announced the company's board has approved a 20-for-1 stock split (Amazon Stock Split), as well as approved a plan to buy back shares worth US $ 10 billion. The approval pushed the global e-commerce giant's share price up 7% in extended trading sessions. 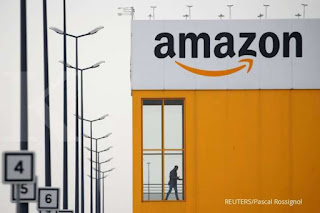 Since listing on the stock exchange in 1999, Amazon has only recently conducted a stock split. The plan would give investors an additional 19 shares for each share they hold. Trading based on the new share price will start on June 6.

Amazon shares were at close of trading Wednesday at $2,785.58, nearly doubling over the past two years, as demand for e-commerce and cloud computing businesses soared in the wake of the Covid-19 pandemic.

"This separation will give our employees more flexibility in how they manage their equity in Amazon and make the stock price more accessible to people looking to invest in the company," an Amazon spokesperson said.

The share buyback replaces an earlier $5 billion share buyback authorized by Amazon's board in 2016, in which the company had bought back $2.12 billion of its shares.

After the stock is down about 16 percent amid this year's tech rout, the company's market cap stood at around $1.4 trillion at its last close.

Quoting Bloomberg (10/3), Amazon intends to increase its outstanding shares by a ratio of 20 to 1, joining other tech giants such as Alphabet Inc. and Apple Inc. who have carried out a stock split to make their stock more attractive to retail investors.

Amazon's stock split, like Alphabet's, requires shareholder approval and will take effect in June if allowed.

As Amazon's stock price has ballooned over the years, speculation about a potential stock split has been the subject of much-talked about speculation. The topic occasionally comes up at Amazon shareholder meetings but the company has not taken action until now.

The e-commerce giant said the move was aimed at giving employees more flexibility in how they manage their equity as well as making stocks more accessible to the average investor.

"A stock split is kind of an old school strategy to lower your stock price to stimulate interest among retail investors," said Tom Forte, analyst at DA Davidson & Co.

Alphabet and Amazon are the last two of the five largest US technology companies by revenue to have four-digit share prices. Amazon shares closed at $2,785.58 on Wednesday (9/3), up more than 4,000% since its last stock split in September 1999.

Stock splits have almost disappeared from the U.S. stock market recently, with just two in 2019 compared to 47 splits in the S&P 500 in 2006 and 2007, according to data compiled by Bloomberg. But Apple and Tesla Inc. have helped revive the practice after splitting their stake in 2020.