Former heavyweight champion Cain Velasquez has been arrested by police. The MMA fighter is facing trial charges over the incident in San Jose, California, United States. 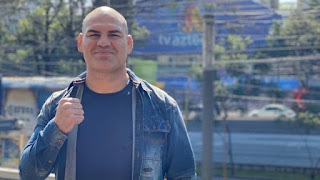 Reported by The Guardian, the San Jose Police Department confirmed that Velasquez had been sent to prison on Monday (28/2). He is being held without bail.

According to the police statement, there was a shooting in San Jose on Monday (28/2) in San Jose. The incident resulted in one injured person being rushed to the hospital.

Police have identified Velasquez as the suspected shooter. The 39-year-old man is scheduled to attend court on Wednesday (2/3) local time.

"Cain Velasquez is the suspect arrested yesterday [Monday, February 28] in connection with the incident," the San Jose Police statement said on Twitter.

“He was sent to the main Santa Clara County prison for attempted murder. The motive and circumstances surrounding this incident are still under investigation at this time."

Velasquez himself last fought at the UFC on ESPN on February 17, 2019. At that time, he lost by KO to Francis Ngannou in just 26 seconds.

He once held the UFC heavyweight world title after defeating Brock Lesnar in 2010. However, he lost the title the following year after losing to Junior dos Santos.

Nevertheless, he managed to reclaim his championship belt in 2012. Subsequently, Velasquez defended his title until 2015 and his career in MMA was stopped by Ngannou.