Kate Moss will be a witness at Johnny Depp's defamation trial against Amber Heard. A source confirmed that the British supermodel is scheduled to appear in court in Fairfax, Virginia, USA, on Wednesday (25/5/2022).

Kate Moss, former lover of Johnny Depp, was named by Amber Heard while testifying at trial earlier this month. He claimed that the 48-year-old woman had been a victim of the actor's violence. 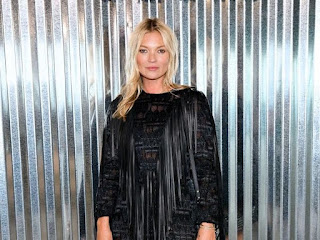 Kate Moss' name was mentioned when Amber Heard explained that the first time she hit Johnny Depp in the face was when she was afraid her sister, Whitney Heard, would also be hurt. The 36-year-old actress admitted that she was forced to hit Depp because she was afraid he would push Whitney off the stairs.

He said the altercation took place in 2015 at one of Johnny Depp's penthouses. Amber said her sister tried to defend her when they had a fight.

"He (Whitney) ventured to get involved. He tried to stop Johnny. His position was with his back to the stairs and Johnny swung his body towards him," said Amber Heard.

That's when he suddenly mentioned Kate Moss, who he said had also experienced harsh treatment from the 'Pirates of the Caribbean' movie star.

"Without a second thought - I immediately remembered Kate Moss and the stairs," he said.

The model's name was first mentioned by Amber Heard when she testified in a previous trial in England, when Johnny Depp sued the News Group Newspaper media network for defamation in 2020. At that time Amber stated that she had heard that one of Depp's ex-girlfriends had been assaulted. violence.

"I remember hearing information that he (Johnny Depp) had pushed his ex-girlfriend - I believe it was Kate Moss - from the stairs. I heard the rumor from two people and it is still clear in my memory, "he said at the time.

Johnny Depp and Kate Moss are known to have dated in 1994. Their relationship foundered after four years.