Automaker Nissan has recently announced plans for a new expedition. The Japanese manufacturer will carry out an expedition from the north pole to the south pole by driving an electric car. 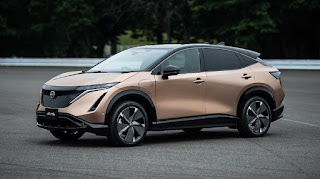 In its official statement, Nissan held an expedition called 'Pole to Pole' which began in March 2023. This expedition was carried out in collaboration with an English adventurer, Chris Ramsey.

In an expedition carried out from the north pole to the south of the earth, Ramsey will drive the Nissan Ariya e-4ORCE electric car. The Ramsey will travel more than 27,000 km, across several regions and continents, and face temperatures forecast between -30⁰C to 30⁰C.

With this expedition, Ramsey will be the first person in the world to drive a car from pole to pole. The route that Ramsey will take is from the North Pole, North, Central and South America. Only then will Ramsey cross to Antarctica by boat.

In addition, this expedition was carried out as a form of proof if the performance of the Nissan electric car could be relied on under certain conditions. This expedition will also show you beautiful views of various extreme places in the world.

"We are proud to announce our partnership with Chris Ramsey and the Pole to Pole expedition team," said Nissan Executive Vice President Asako Hoshino.

"The all-new, all-electric Ariya crossover SUV lets you go further, more easily and in comfort. With the arrival of e-4ORCE control technology that provides increased stability and traction on a variety of surfaces, we knew it would be the perfect partner for Chris and his team are on a challenging all-electric journey," said Asako.

In his pole-to-pole expedition, Ramsey's Nissan Ariya was not a standard type sold in general, but a car that had been modified to suit the extreme terrain of the North and South Poles. Changes that have occurred include the tires, suspension and exterior, while the powertrain remains the same.

Nissan has also prepared a second car, the standard version of the Nissan Ariya e-40RCE. This car will be used to cross the streets throughout the American continent.

"Our mission is to show that electric vehicles can cope with the harshest environments, from the polar cold to the hot and humid forests of South America," said Chris Ramsey.