Epic Games again presents PC games for free or for free. This time they offer the action genre combined with a first person shooter style.

"Discover an alien world ruled by an enemy where history has been turned upside down. Sounds interesting? The Vault has opened and Wolfenstein: The New Order is free now," wrote Epic Games, quoted by updetails.com from the official social media. 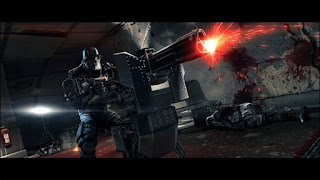 There are Free Games from Epic Games, Hurry and Claim Before the Period Ends (Photo: Epic Games)

So gamers don't need to spend up to IDR 266 thousand if they want to bring the game at a normal price. Although given for free, Epic Games provides a period of seven days, until June 9, 2022.

Wolfenstein: The New Order itself, takes players on an adventure in the 1960s. Where there are various enemies that must be defeated, and change the storyline of the world for the better from the darkness of evil.

MachineGames, as the developer, has succeeded in bringing excitement to this game by offering an in-depth narrative. They pack it pretty well, going through action, adventure and combat from a first-person perspective.

Later gamers will be sent to all regions of Europe, on a mission to bring down the Nazi war machine. With the help of a group of fighters, players must infiltrate enemy facilities, which are heavily guarded and against their super-advanced technology.

Even though they are given free access, fans must prepare a capable PC or laptop spec. So that you don't regret it, when you have used a lot of internet to download it.

Epic Games often provides free games every week. Where previously, they had presented BioShock The Collection, which period was on June 2 last.

In addition, it also provides an attractive promo titled Epic Mega Sale. Running from May 19 to June 16, with discounts reaching 75%.