Highland Park Parade Shooting During the US Independence Day -->

Highland Park Parade Shooting During the US Independence Day

Horror! Deadly shooting during the US Independence Day Parade in Highland Park

A man armed with a rifle shot dead 6 people during a parade. Dozens of people, including children, were injured and some critically.

The perpetrator, identified as a 22-year-old man named Robert E. Crimo III, has been arrested. 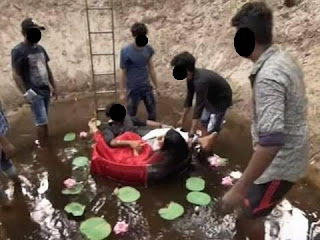 The shooting incident that killed 6 people and injured 24 people occurred in the state of Illinois, United States (US). The local police are now hunting for the perpetrator, who is believed to be a white man.

The police revealed the physical form of the shooting suspect who is still at large. The suspect is described as an 18-20 year old white male with longer black hair.

"All individuals are still being advised to take shelter where they are at this time," O'Neil said.

Meanwhile, Highland Park Mayor Nancy Rotering said 6 people had died as a result of the incident. He also condemned the shooting that occurred during the US Independence Day Parade.

"On the day we gather to celebrate community and freedom, we mourn the tragic loss of life and struggle with the terror that has befallen us," he said.

Both officials said the shooting began at around 1:14 p.m. local time. Several law enforcement agencies, including the FBI, state police and the local sheriff's office, are investigating the shooting.

Highland Park announced that all July 4th celebrations had been canceled as a result of the violence, as did nearby Evanston.

"While there is no known threat to the residents of Evanston, the shooter is still at large; therefore, the cancellation was made with the utmost care," the city said.